An eagle-eyed Long Island police officer with a metal detector and his quick-thinking colleague are being hailed as heroes after reuniting a Pennsylvania woman with the $20,000 engagement ring she lost last weekend on a Fire Island beach. 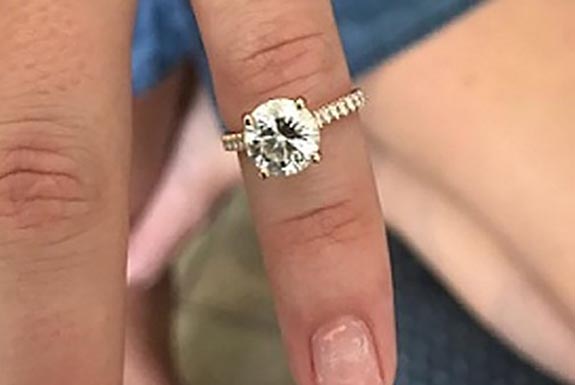 What started out as a celebratory bachelorette weekend turned into a harrowing episode for a Pennsylvania woman last weekend. According to news sources, the woman and her friends were staying on Fire Island for her bachelorette party. On Saturday, after spending time on Atlantique Beach, she reported her diamond engagement ring missing. With her upcoming nuptials only a week away, the frantic bride-to-be was especially desperate to get the $20,000 ring back. 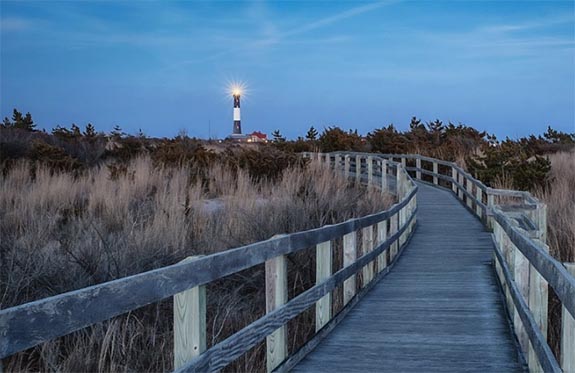 Atlantique is a boater’s paradise located on the narrowest part of New York’s bucolic Fire Island National Seashore. Boasting pristine beaches, quaint villages and an historic lighthouse, Fire Island is a popular tourist destination for families, daytrippers and sun worshippers. Covering 9.6 square miles, it is the large center island of the outer barrier islands parallel to the south shore of Long Island, N.Y., and about two hours east of New York City. The permanent population of just under 300 swells to thousands of residents and tourists during the summer.

Marine Bureau Police Officer Robert Warrington responded to the call and set up a search of the home where the woman was staying. When nothing turned up, he called his colleague, fellow Bureau Officer Edmund McDowell, and suggested he bring his metal detector to Atlantique Beach the next day. Officer McDowell, who was assisted by the woman’s friend, set up a grid pattern around where the woman was sitting at the beach. After about 10 minutes of carefully combing the sand, the large, round-cut diamond was found — along with a dime, a quarter and a rusty screw.

When McDowell snapped up the ring and placed it on his own pinkie finger for safekeeping, the beachgoers cheered.

“We called her up and she was crying and crying,” McDowell told Newsday. McDowell gave the ring along with the other items he found on the beach to the bride’s friend, who had stayed behind to lend a hand in the search.

Each year, thousands of pieces of jewelry are lost at beaches from coast to coast.

“If you have people who are swimming, you’re going to have gold in the water,” explained Dan Berg, an avid metal detectorist and author. Beachgoers cover themselves with suntan lotion and then sit in the sun, so their hands swell. Later, in the cool water, their fingers shrink and rings can slide off.

According to Suffolk County police, this is the second time Warrington and McDowell teamed up to find lost treasure. About eight years ago, McDowell got a similar call from Warrington asking if he could use his personal metal detector to help find a $30,000 platinum and diamond wedding band that was lost in the sand by a man playing volleyball.

“He’s such a nice guy and always goes above and beyond — and I like to help too — so between the two of us, I think we make a pretty good team,” McDowell told Newsday.