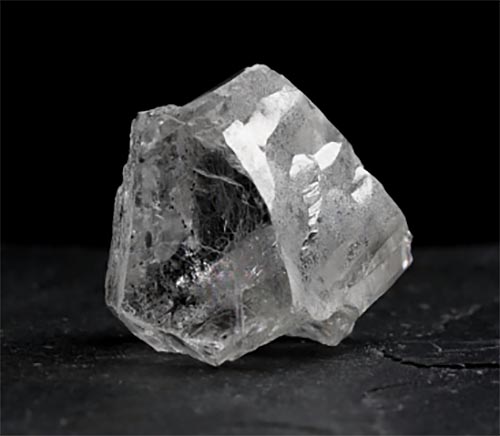 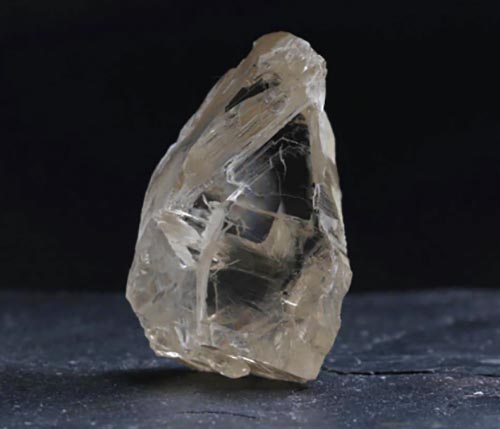 The largest gem in the group was a 472.37-carat “top light brown” rough diamond that rates as the third-largest ever discovered at the mine.

While Lucara did not reveal the purchase price of the light brown gem, it did note that each stone in the tender was sold for more than $1 million and that four rough diamonds garnered more than $3 million apiece.

Karowe continues to produce the world’s largest fine diamonds. The 1,109-carat Lesedi La Rona and the 813-carat Constellation were both mined there in November 2015. Interestingly, Lesedi La Rona was the larger portion of a broken diamond. The other part weighed 373 carats.

The recent proliferation of massive stones at Karowe can be attributed to Lucara’s investment in X-ray transmission (XRT) imaging technology. The new machines are calibrated to extract 100-carat-plus diamonds by monitoring X-ray luminescence, atomic density and transparency. Previously, large diamonds might have been mistaken as worthless ore and pulverized by a crushing device.

“The early sampling work [at] Karowe was done with equipment that really was not optimal and they ended up breaking a lot of diamonds,” Lucara President and Chief Executive Officer Eira Thomas told Bloomberg.com earlier this year. “When we went into commercial production we expected to do better, but we had no idea that the diamonds that were being broken were so much larger. ”

In all, 29 diamantaires attended the “12th Exceptional Stone Tender,” but only eight of them came away with at least one of the highly coveted lots.