Blue Diamond Owned 300 Years Ago by the Queen of Spain Fetches $6.7MM at Sotheby’s Geneva 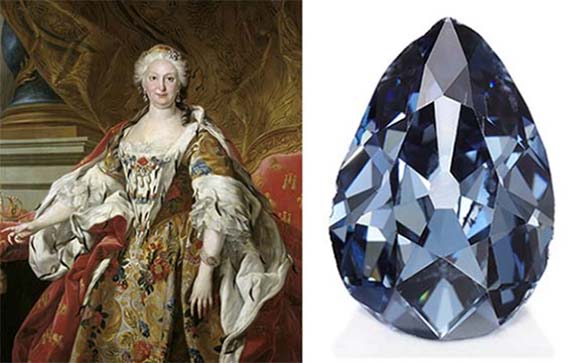 The historic “Farnese Blue” was originally presented in 1715 as a wedding gift to the Spanish Queen by the governor of the Philippine Islands. 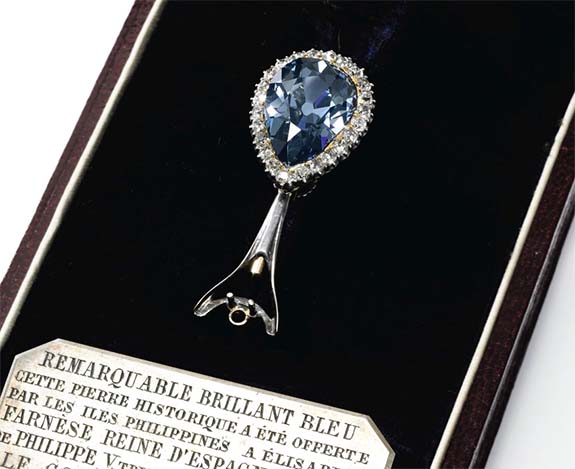 Secreted away in a royal jewelry box, the pear-shaped, fancy dark grey-blue diamond traveled across Europe for centuries, as the Queen’s descendants married into Europe’s most important dynasties. 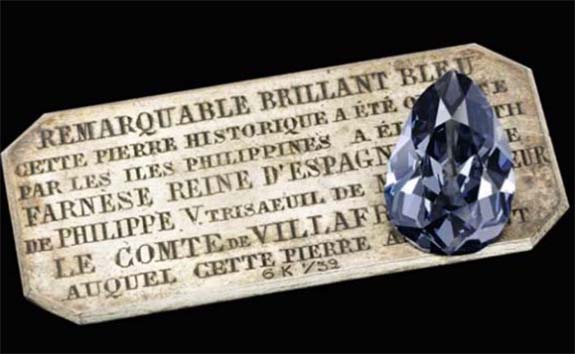 For 300 years, the gem would stay in the same family, but would never be seen in public. In fact, except for close relatives and the family jewelers, no one knew of its existence.

Recently, the diamond emerged on the market for the first time and was highly touted by Sotheby’s in the run-up to the Geneva auction. In fact, the Farnese Blue headlined a promotional tour that made stops in Hong Kong, London, New York, Singapore, Taipei and Geneva.

As the final lot of yesterday’s auction, the Farnese Blue didn’t disappoint. Bidding started on Lot 377 at $3.6 million and advanced rapidly in $100,000 increments. After four minutes, the final price of $6.7 million had beaten the pre-sale high estimate by more than 34%.

The Farnese Blue was the most historic lot of the auction, but was not the highest priced.

Two magnificent diamonds, each weighing more than 50 carats, were the auction’s top performers. 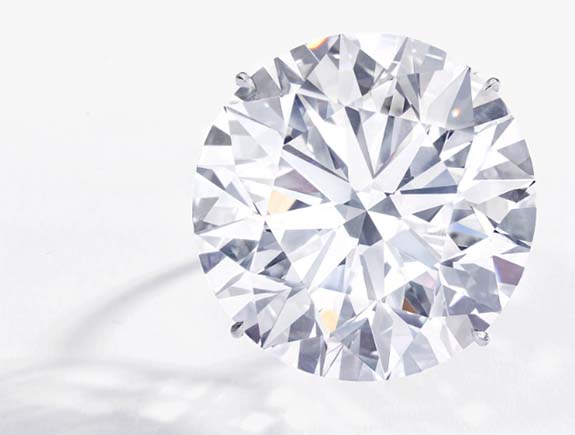 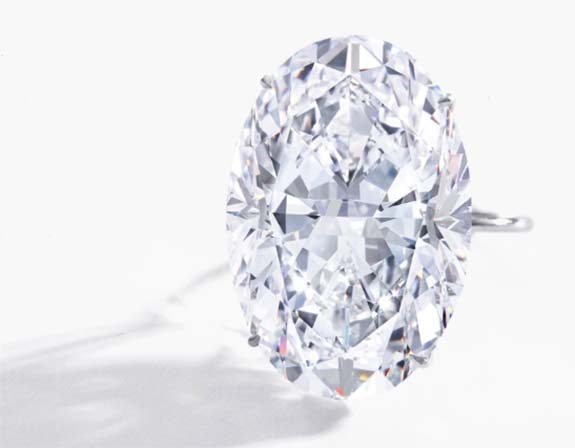 An oval diamond weighing 50.39 carats highlighted the highly anticipated Lot 350. This diamond also carried a D-flawless grade and a Type IIa purity classification. The diamond ring, which went into the auction with a pre-sale estimate of $6.9 million to $7.6 million, sold for $8.1 million.