A 71-year-old grandma from Aurora, Colo., is being credited with finding the largest diamond so far this year at Arkansas’s Crater of Diamonds State Park — the only diamond site in the world where amateur prospectors get to keep what they discover. The 2.63-carat diamond is the size of a pinto bean and white in color, with several brownish freckles on the surface. 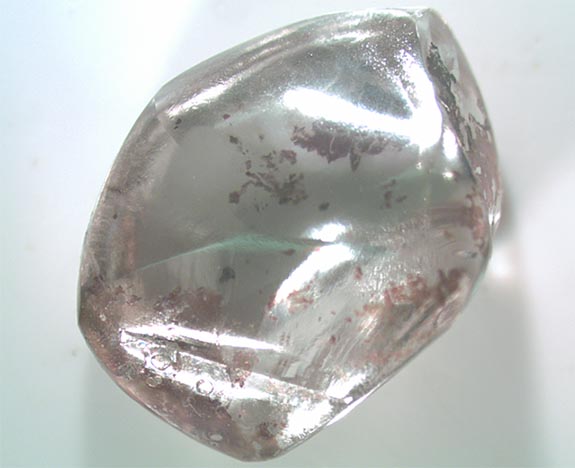 The retiree, who wishes to remain anonymous, said she found the gem after 10 minutes of searching with her husband, son, grandson and granddaughter. At first, she thought the stone might be glass, but she still asked her son to stash it in his pocket so it could be identified later by park officials.

The woman named her gem “Lichtenfels,” a nod to her hometown in Germany. The word means “a rock between two lights,” which is significant because she was standing between her grandchildren when she found the diamond.

“She wouldn’t have come to the park if it weren’t for her grandkids,” said the finder’s son. “They’re her two points of light.”

The lucky grandma plucked the diamond from the soil about halfway between the park’s East Drain and North Wash Pavilion. Visitors are encouraged to test their luck with basic tools in a 37-acre plowed field, which is actually the eroded surface of a volcanic crater.

Even though she found her diamond early in her search, the family continued to prospect for another hour before returning to the park’s Diamond Discovery Center, where experts are on hand to help visitors identify what they’ve found.

When she learned that she’d made the biggest diamond discovery of 2018, the grandma said, “I didn’t know what to think. I was shocked!”

Park Interpreter Waymon Cox said, “About one out of every five diamonds registered by park visitors is found right on top of the ground, including many of the largest ever found at the Crater of Diamonds.”

So far this year, 256 diamonds weighing a total of 49.64 carats have been registered at Crater of Diamonds State Park. The three most common diamond colors found at the park are white, brown and yellow, in that order. In total, more than 75,000 diamonds have been unearthed at the Crater of Diamonds since the first diamonds were found there in 1906 by John Huddleston, a farmer who owned the land long before it became an Arkansas State Park in 1972.

Access to the diamond field is $8 for visitors 13 and older. Tickets for children 6 through 12 cost $5, and kids ages 5 and younger get to prospect for free.