This Multi-Cooker Does a Lot of Things, But Producing Jewelry Isn’t One of Them

Imagine Shiloah Avery’s surprise when she unpacked the box to her new Instant Pot on Christmas morning only to find a gold and diamond wedding ring inside. While the multi-cooker is famous for doing so many things — it combines an electric pressure cooker, slow cooker, rice cooker, yogurt maker, browning pan and warming pot in one handy unit — producing fine jewelry is not one of them.

“I pulled the bottom packaging material out and there was a wedding ring in the bottom of it. And it wasn’t just like an engagement ring, it was an actual wedding band and ring,” the Port Orchard, Wash., resident told Q13 Fox. “…You could tell it’d been someone’s ring for a long time.”

Avery was determined to find the rightful owner. First, she contacted the company that makes the Instant Pot and put in a service ticket. But, feeling the need to be even more proactive, Avery posted a note about the ring to the Port Orchard Facebook group.

“I could only imagine if that was me, and it was sad,” Avery said. “It’s somebody’s possession, especially being a wedding ring, so I wanted to make sure it got back to the owner.”

A few months earlier, Joann Johnson had been shopping for an Instant Pot at the Walmart Supercenter in Port Orchard. Only the large version was on display, so Johnson opened a box containing a smaller one to get a look at the product. Sometime during that maneuver, the wedding ring slipped off her finger. It was only a few days short of her 20th wedding anniversary.

When she returned home and realized the ring was gone, Johnson also turned to the Port Orchard Facebook group for help, asking anybody who might encounter a diamond band at Walmart to please turn it in to customer service. 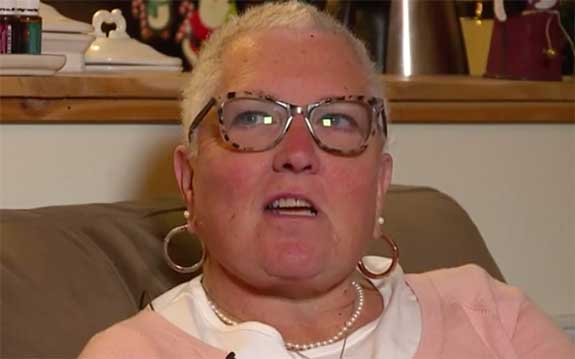 “Didn’t get any responses other than ‘Gee, hope you find it,'” Johnson told Q13 Fox.

Avery’s post did much better. Within 12 hours, the rightful owner had come forward.

Johnson said “it was like an electrical shock going through me” when she saw Avery’s Facebook photo of an Instant Pot along with the caption, “I found a ring.”

Johnson contacted Avery and proved the ring was hers by drawing a picture of it.

The two women met for the first time with the Q13 Fox cameras rolling. Johnson told the news team that Avery is her “Christmas angel” and that the return of her ring is truly a Christmas miracle. 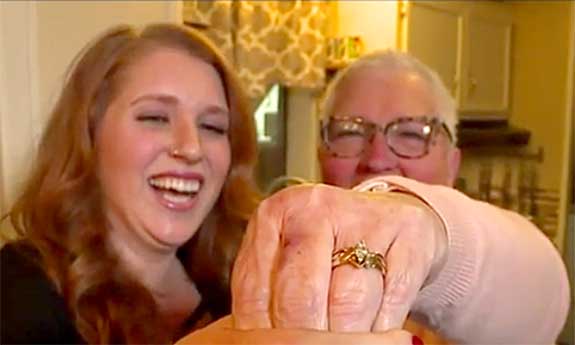 “It’s been fun making a new friend,” Avery told Q13 Fox. “And it’s been really nice having a good ending to it.”