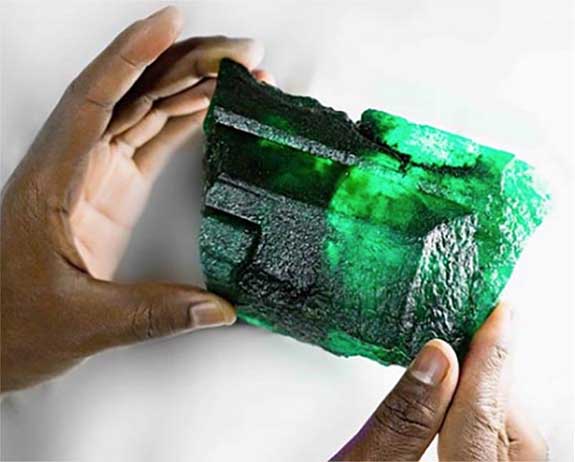 Inkalamu, which means the “Lion Emerald” in Zambia’s regional Bemba language, was discovered at the Kagem mine on October 2 and offered for sale in Singapore in mid-November. There, 45 approved auction partners competed for the extraordinary find — an emerald that boasts remarkable clarity and a perfectly balanced golden green hue. The carat weight is equivalent to 1.1 kg or 2.5 lbs. 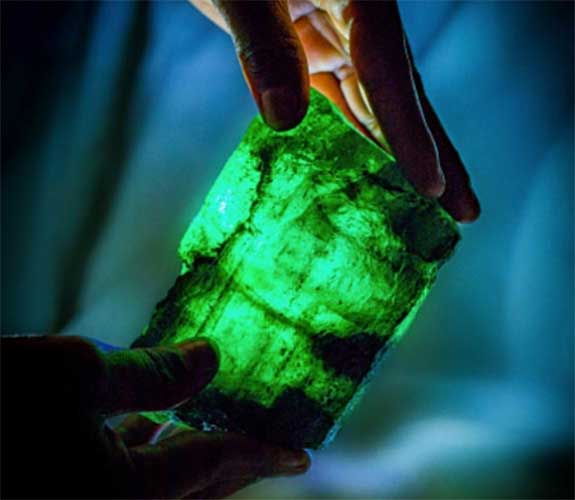 “The minute I heard about it, I simply had to have it,” Diacolor’s founder and chairman Rajkumar Tongya told The Economic Times. “Such a rare find from Mother Nature, I just couldn’t resist the temptation.”

The founder’s son, Rishabh, who is Diacolor’s creative director, told the India-based publication that he got goosebumps when he first laid eyes on the “kryptonite-type” emerald.

Neither Diacolor nor Gemfields have revealed the amount of the winning bid.

Despite its massive size, Inkalamu is not the largest crystal to be unearthed at the Kagem mine. In 2010, it yielded a 6,225-carat emerald named “Insofu,” the Bemba word for “elephant.”

And it’s not a coincidence that the father-son team at Diacolor purchased that rough gem, as well.

Rajkumar Tongya hinted to The Economic Times that Inkalamu might yield a “pear-shaped, uniform-looking jewelry set.”

A Gemfields representative said in October that Inkalamu will take its place among the world’s most exceptional gemstones of all time, and if the crystal is divided into smaller stones, the “The Pride of Inkalamu,” so to speak, will continue the legacy for generations to come.

Before Diacolor takes on the task of cutting and polishing the mammoth stone, the company will be promoting it during an international tour of retail outlets and museums.

The name Inkalamu honors the work carried out by two of Gemfields’ conservation partners, the Zambian Carnivore Programme and the Niassa Carnivore Project in Mozambique. Gemfields will divide 10% of Inkalamu’s auction proceeds equally between the two carnivore initiatives.