Debmarine announced it will be investing $468 million on the world’s first-ever custom-built diamond recovery vessel. When it joins the Debmarine fleet in 2022, the new ship will have the capacity to extract 500,000 carats annually from the coastal waters off Namibia — boosting the country’s annual diamond output by 35%. 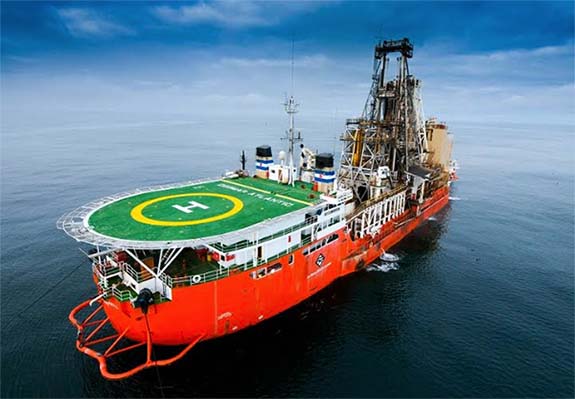 Debmarine is a 50/50 joint venture between the Republic of Namibia and the De Beers Group, and each partner will contribute $234 million to the project.

The new ship, which will be the seventh in Debmarine’s fleet, will comb the ocean floor at a depth of 400 feet using advanced drilling technology, supported with tracking, positioning and surveying equipment. Dredged gravel will be sifted at treatment plants onboard the ship.

Sophisticated X-ray machines and other diamond-sorting devices separate the gems from the gravel, and leftover material is returned to the sea bed. Recovered diamonds are securely sealed in containers, loaded into steel briefcases and flown by helicopter to shore.

“Some of the highest-quality diamonds in the world are found at sea, off the Namibian coast,” said De Beers CEO Bruce Cleaver. “With this investment, we will be able to optimize new technology to find and recover diamonds more efficiently and meet growing consumer demand across the globe.”

According to De Beers, 95% of the diamonds pulled from the seabed near Namibia are of gem-quality. This compares to just 20% of gem-quality diamonds coming from De Beers’s top mine in Botswana. Some experts surmise that the diamonds in the ocean have endured such a pounding for so long that only the gem-quality ones could remain intact.

Namibia has more than 3,700 square miles of marine diamond concessions along its southwest coast, which is expected to support the industry for the next 50 years. Debmarine has a license to operate off the coast of the African country until 2035 within a 2,316-square mile area.