20.69-Carat ‘Firebird’ Is Latest Fancy Yellow Diamond to Pass Through House of Graff

Alrosa’s 20.69-carat “Firebird” is the latest fancy yellow diamond to pass through the House of Graff, the London-based luxury jewelry firm run by billionaire Laurence Graff. Over the course of his career, the 81-year-old Graff has been associated with some of the world’s largest and most valuable yellow diamonds. 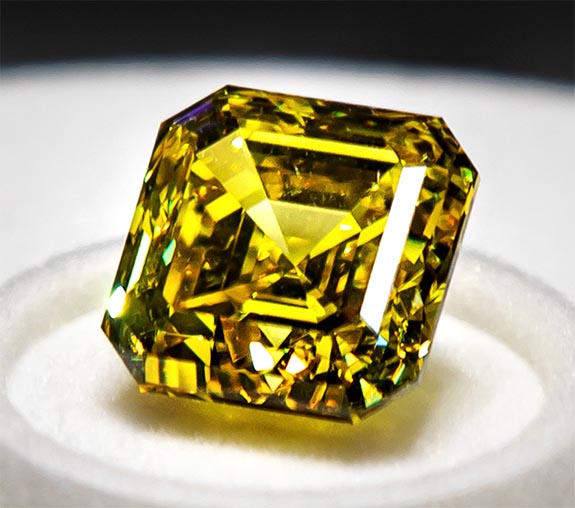 Graff and Alrosa did not disclose the details of their transaction, but did reveal that the Firebird “achieved one of the highest prices per carat for such a stone in recent years.”

Graded by the Gemological Institute of America as a fancy vivid yellow diamond with VS1 clarity, the stone was cut from the “Stravinsky,” a 34.17-carat crystal bearing rare honey-yellow overtones and exceptional clarity. It had been unearthed in 2017 at Alrosa’s Ebelyah mine in Yakutia and was the largest yellow rough diamond extracted in Russia that year.

Alrosa’s cutting and polishing masters crafted the rough stone into the stunning Asscher-cut gem seen here. To achieve this perfection, nearly 40% of the diamond’s weight was lost in the cutting process.

“This Fancy Vivid Yellow with high clarity and very special step-cut is truly unique,” commented GIA Chief Quality Officer John King. “It is extremely rare and very special in the world of diamonds to see a unique yellow diamond like this.”

Alrosa noted that the stone’s coloration could be compared to a flame, reflections of sunlight on crystal water or the trail of sparkles seen on the tail of a firebird. 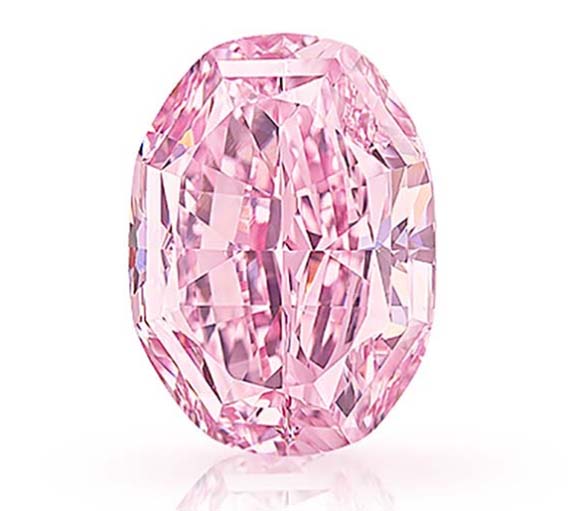 Firebird is one of three diamonds that make up Alrosa’s special collection dedicated to the Russian ballet. Called “The Spectacle,” the collection includes the 20.69-carat Firebird, the 14.8-carat fancy vivid purple-pink “Spirit of the Rose” and a third diamond to be announced at a later date.

The Firebird ballet was produced by the Ballet Russes company with music composed by Igor Stravinsky. Spirit of the Rose was named after a short ballet called “Le Spectre de la Rose.”

Graff has always had a special affection for fancy yellow diamonds. Back in 1974, he acquired the 47.39-carat Star of Bombay, a stone he described as the first of a great many famous diamonds to pass through the House of Graff.

Graff made headlines in May 2014 when the 100.09-carat Graff Vivid Yellow achieved a world auction record price of $16.34 million at Sotheby’s Geneva. 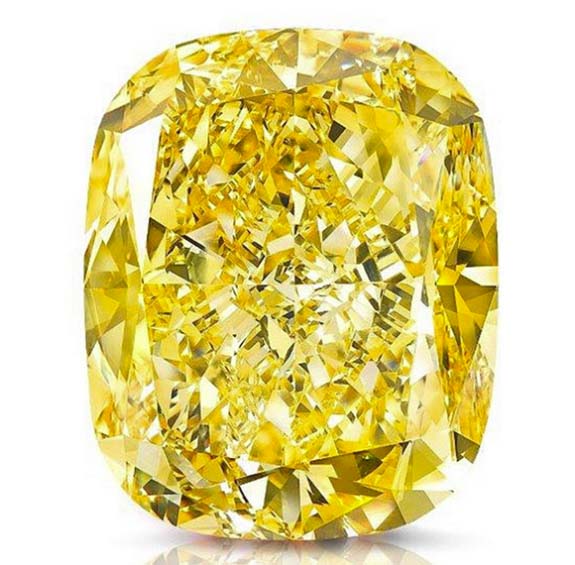 In June 2015, Graff introduced the world to the 132.55-carat “Golden Empress.” The honeyed-hue stone was cut from a 299-carat rough crystal that produced eight beautiful satellite stones. Other notable yellow diamonds owned by Graff include The Delaire Sunrise, a 118.08-carat square emerald-cut fancy vivid yellow, and The Gemini Yellows — twin stones at 51.29 carats and 55.74 carats, respectively.

The British jeweler also famously purchased for $53 million the 1,109-carat gem-quality rough diamond known as Lesedi La Rona, which was discovered at the Lucara Karowe mine in Botswana in 2015. Graff’s team mapped the stone and generated 67 diamonds ranging in size from just under 1 carat to more than 100 carats. Graff also bought the 373.72-carat chunk that broke off the Lesedi La Rona during the mining process. That piece carried a price tag of $17.5 million.