Welcome to Music Friday when we often bring you nostalgic songs with jewelry, gemstones or precious metals in the lyrics or title. In the catchy theme song from the groundbreaking 1966 TV series That Girl, writers Earle Hagen and Sam Denoff paint a picture of the title character, who embodies “everything that every girl should be!” 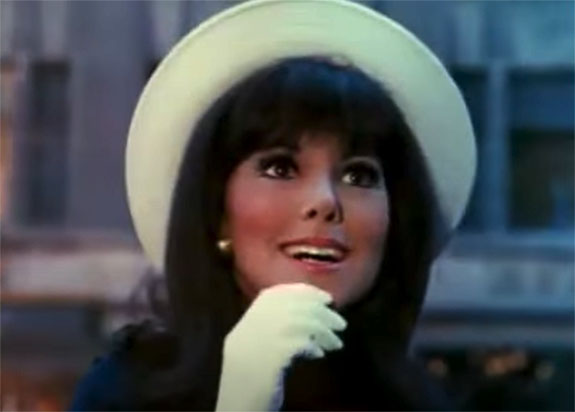 The 52-second ditty starts like this: “Diamonds, daisies, snowflakes / That Girl / Chestnuts, rainbows, springtime / Is That Girl / She’s tinsel on a tree / She’s everything that every girl should be!”

In the show, a 28-year-old Marlo Thomas plays Ann Marie, a sassy, smart aspiring actress from upstate New York who moves to New York City to seek fame and fortune.

While the Hagen/Denoff references to “chestnuts” and “tinsel on tree” seem silly and a bit dated 54 years after they were written, That Girl is often praised as the first sitcom in which the main character was a young, modern woman focused on her own dreams and aspirations. Thomas’ character challenged conventional social mores and gave the country an early glimpse at the changing roles of American women. The series ran from September of 1966 to March of 1971.

The Ron Hicklin Singers are credited with performing the That Girl theme. These studio singers from Los Angeles famously provided the real background vocals for many of The Partridge Family recordings. They are also the voices behind the theme songs of many popular TV shows, including Batman, Flipper, Happy Days and Laverne and Shirley. 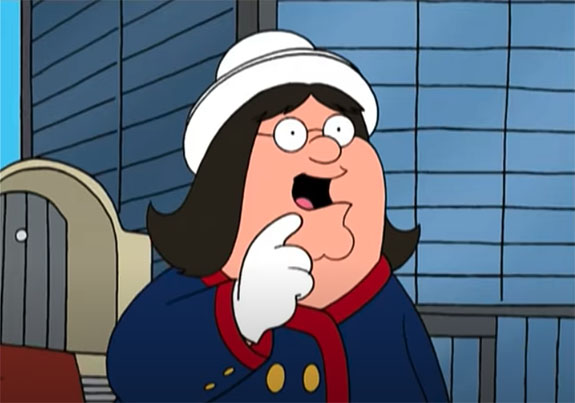 During the third season of Family Guy, animated character Peter Griffin appears as Ann Marie in a parody of the title sequence from That Girl. The episode, called “Mr. Griffin Goes to Washington,” originally aired in July of 2001. The animators matched each scene, cut by cut, and the writers simply changed the gender references. That Girl became That Guy.

Besides starring in That Girl, Thomas went on to become a producer, author and social activist. In 2014, she was awarded the Presidential Medal of Freedom. She is currently the National Outreach Director for St. Jude Children’s Research Hospital, which was founded by her father Danny Thomas in 1962.

We hope you enjoy the opening credits of That Girl. The lyrics are here if you’d like to sing along. As a bonus, we’ve including a clip of the Family Guy parody. Have fun.

Chestnuts, rainbows, springtime
Is That Girl
She’s tinsel on a tree
She’s everything that every girl should be!

Gingham, bluebirds, Broadway
Is That Girl
She’s mine alone, but luckily for you…