The “Diavik Helios,” a 74.48-carat fancy yellow diamond named after the mythical Greek God of the Sun, headlines Rio Tinto’s forthcoming “Specials” Tender — a selection of the largest and finest rough diamonds from the company’s mines in Canada and Australia. 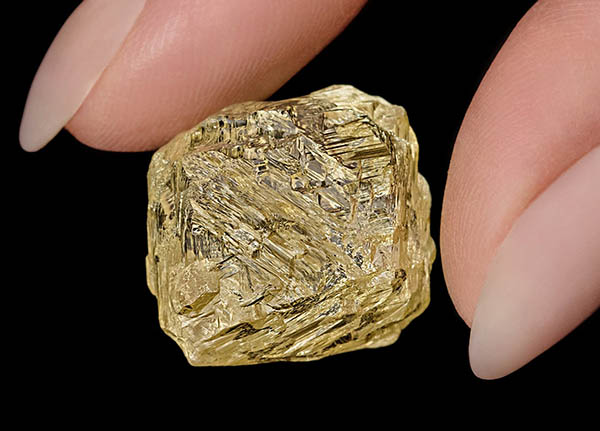 The 2020 Specials Tender is especially significant because it is the last one that will include diamonds from Rio Tinto’s once-prolific Argyle Mine in the east Kimberley region of Australia. Opened in 1983, the mine that had famously produced 95% of the world’s pink diamonds will cease operations this week, according to the Daily Mail Australia.

A fine-quality rough diamond is considered a Special if it weighs 10.8 carats or more. 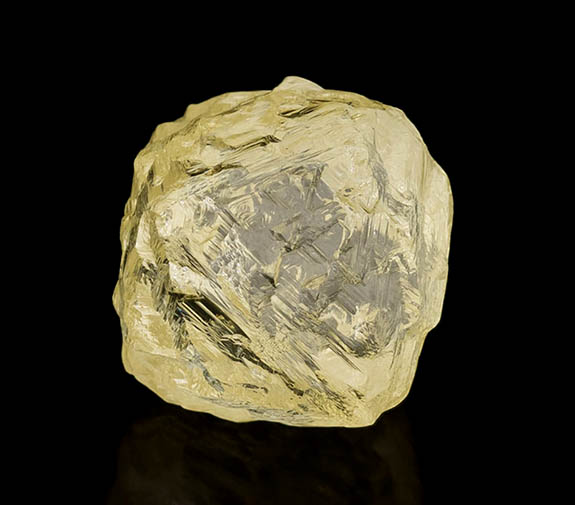 The Diavik Helios was sourced at Rio Tinto’s Diavik diamond mine in the remote Northwest Territories of Canada. The mine primarily produces high-quality white diamonds, but every once in a while the miner is surprised by a fancy yellow.

“Since the Diavik mine began production in 2003, it has produced on average only five large yellow diamonds each year, in effect less than 0.001% of Diavik’s annual production,” said Patrick Coppens, general manager, sales and marketing for Rio Tinto’s diamonds business. The Diavik Helios is an exceptional diamond in terms of its color saturation and clarity, and will be in strong demand from colored diamond specialists around the world.”

Diamond specialists from around the world will have an opportunity to preview more than 28,000 carats of rough Argyle diamonds — both colored and colorless — with physical presentations in Antwerp and Tel Aviv, as well as online viewing to accommodate for COVID-19 travel restrictions. Bids close on November 9. 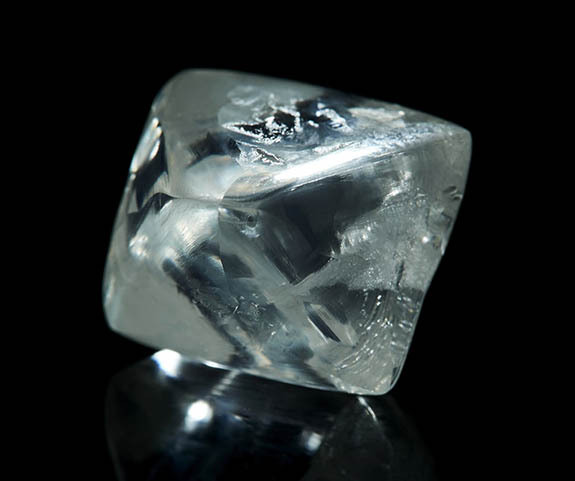 One of the featured gems sourced at Australia’s Argyle mine is the 26-carat colorless rough diamond seen here.

“Since it began production in 1983, the Argyle mine has produced more than 865 million carats of rough diamonds,” said Andrew Wilson, general manager of the Argyle mine. “With the mine closing… the Argyle rough diamonds presented at this tender are a final rare and collectible offering from one of the world’s greatest diamond mines.”

Rio Tinto reported that its ultra-rare and highly coveted pink diamonds have accounted for less than 0.01% of Argyle’s total output during the 37-year lifespan of the mine.