A coin believed to be the first silver dollar ever struck by the U.S. Mint in 1794 is expected to sell for $10 million or more when it hits the auction block in Las Vegas on October 8. 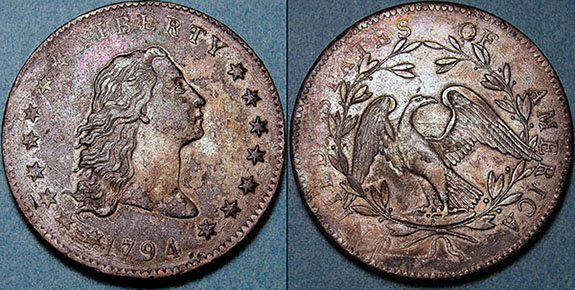 “Because of its significance in 1794, it was likely seen at the time by President George Washington, Secretary of State Thomas Jefferson who oversaw the Mint, and by Alexander Hamilton, the first Secretary of the Treasury,” said Matthew Bell, chief executive officer of Legend Auctions.

Dubbed the “Flowing Hair Silver Dollar,” the coin is a national numismatic treasure because it symbolized the young USA’s financial independence. The coin features a portrait of Lady Liberty on one side and an eagle on the other.

“Of the 1,758 silver dollars the Mint delivered in October 1794, perhaps less than 130 are known to still survive, and this particular coin is the finest known,” noted Brett Charville, President of Professional Coin Grading Service (PCGS), the world’s leading rare coin authentication and grading company.

The coin is currently owned by Las Vegas collector Bruce Morelan, who paid just over $10 million for the silver dollar in 2013. At the time, the specimen set a record as the world’s most valuable coin sold at auction. Experts believe the coin will yield even more on October 8.

“Coins are in my blood, and the 1794 dollar was a lifelong dream,” Morelan said in a statement. “Now that my early American dollars collection is complete and nothing else can be added, I’ve decided it’s time for other collectors to enjoy these magnificent coins.”

Morelan is offering the 1794 Flowing Hair Silver Dollar along with 14 other historical coins at a public auction set to take place at the Venetian Hotel in Las Vegas and online. The complete collection is expected to fetch between $15 million and $18 million.

Morelan’s coin is said to be in near-pristine condition. It was given a rating of 66 (on a scale of 1 to 70) by PCGS. The company designated the coin as a “specimen strike” because of the extraordinary care taken in its manufacture. 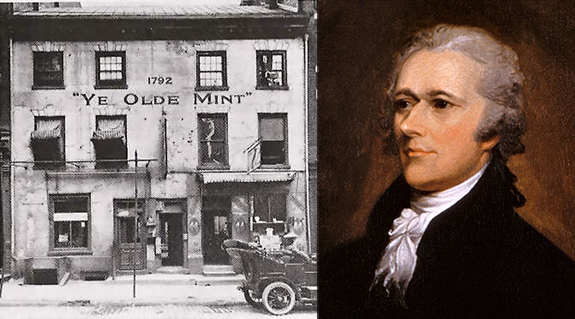 The Coinage Act of 1792 established the first US Mint under the direction of the Department of the Treasury. Located in Philadelphia, the mint occupied the first federal building erected under the Constitution. Exactly 1,758 coins were struck in October of 1794, but none were meant to be put into circulation. Instead, they were placed in the custody of Mint Director David Rittenhouse, who distributed them to dignitaries as souvenirs.

The Flowing Hair Silver Dollar, which was designed by Robert Scot, weighs 26.96 grams and contains 90% silver and 10% copper.

(The heavily worn 1794 Flowing Hair Silver Dollar shown in the image, above, is part of the National Numismatic Collection, which is housed in the National Museum of American History in Washington, D.C. Legend Auctions hadn’t released a photo of Morelan’s record-breaking coin as of this writing.)